Iran is a booming market for renewable energies like solar energy. This is the conclusion reached at a workshop put on by the German Solar Association (BSW Solar) at Intersolar in Munich. The workshop was conducted in collaboration with the Iran Wind Group, the consultancy Roland Berger and eclareon. Coinciding with the end of sanctions against Iran, the association published a comprehensive report on the photovoltaic industry in Iran.

With the end of sanctions, the country has now also reconnected with the international banking system. As a result, the financing of projects and the transfer of funds has become much easier. Nevertheless, companies interested in becoming active in Iran must work together with a domestic business partner.

Moreover, you can find quickly the new updated feed-in tariffs for renewables in Iran in the figure below or for more details in here new feed-in tariffs. 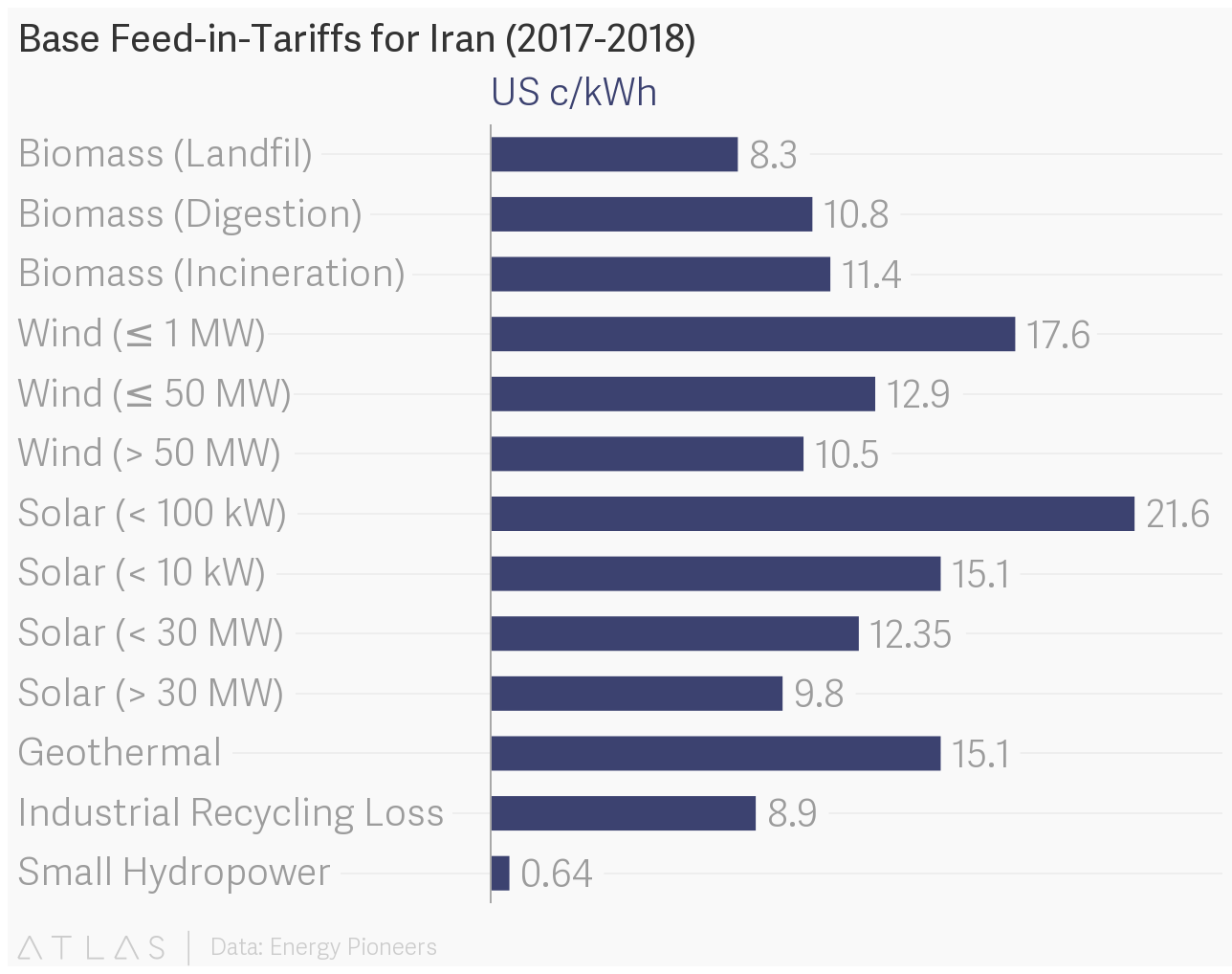 Currently, Iran’s FiTs scheme stipulates a 20-year PPA framework that supports a series of 13 renewable plants. The structure of the scheme is deliberately designed to increase the solar and wind capacities of the country, while also encourage procurement of smaller-scale projects by offering higher margin of profit for systems under 10MW and 30MW capacities.

Iran’s generous program of green subsidies has been the key determinant of the attractiveness of its renewable market, and with the government’s recent decision to maintain its current FiTs for another 12 months, the market is set to shift into a higher-gear. The extension of the FiTs scheme, which was delivered through a decree signed by the Minister of Energy in mid-March 2017, demonstrated the continued commitment of the government in sustaining the momentum of its favorable renewable energy investment landscape among many of its regional and international competitors.